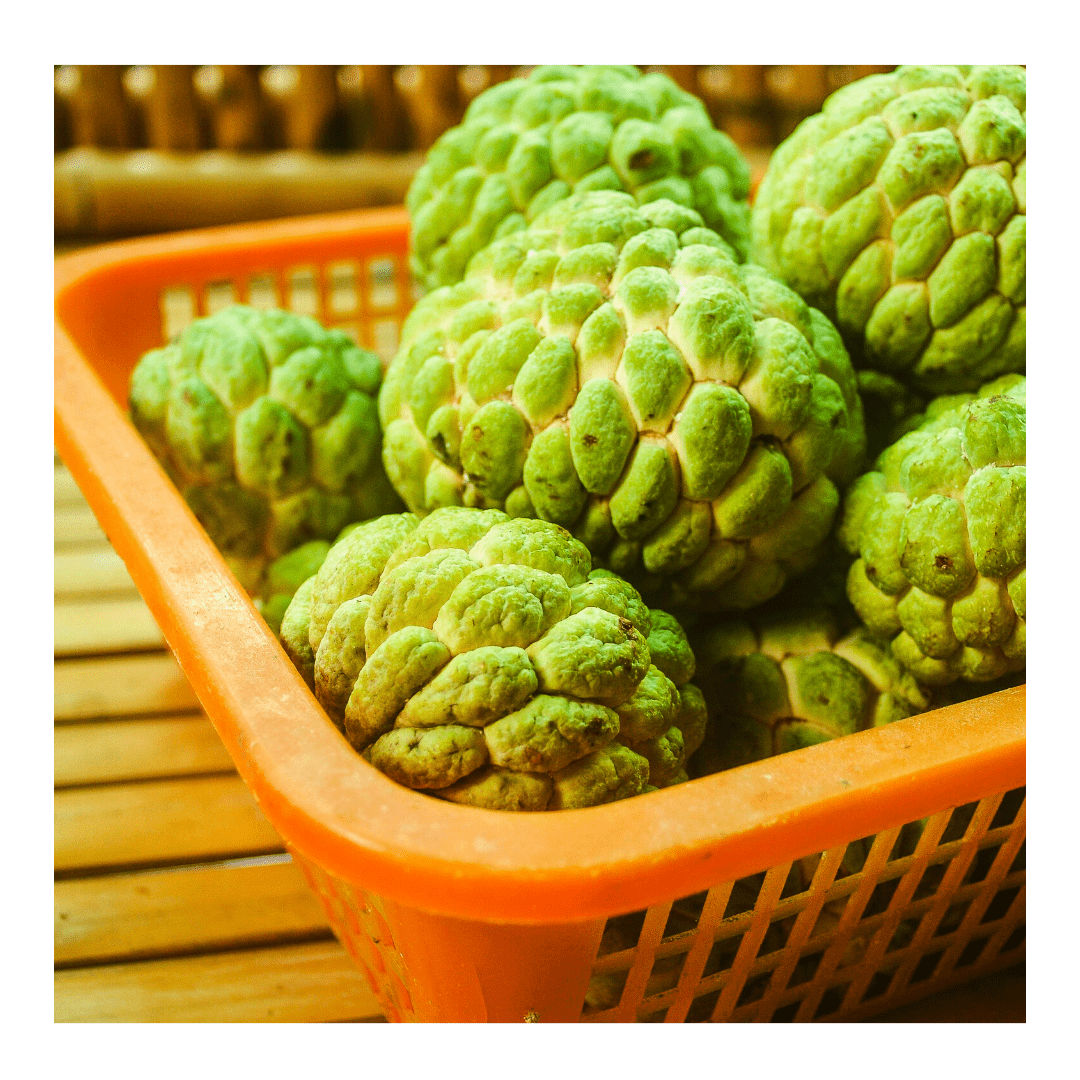 10 Benefits and Side Effects of Custard Apple | Cherimoya

So here are the top 10 Benefits and Side Effects of Custard Apple / Cherimoya that you would amaze to know along with its side effects if any. Cherimoya is rich in vitamin a green, conical fruit with leathery skin and delicious, creamy flesh. Cherimoya is also known as custard apple because of its creamy texture. It’s often eaten with a spoon and served cold, similar to custard. Cherimoya has a sweet flavour that is comparable to that of bananas and pineapples. This unusual fruit, which is high in fibre, vitamins, and minerals, may help to boost immunity, reduce inflammation, and improve eye and heart health.

Good for our eyes

Cherimoya is high in the carotenoid antioxidant lutein, which is one of the key antioxidants in our eyes and fights free radicals to keep your vision healthy. Lutein may also protect against other eye problems, such as cataracts, a clouding of the lens of the eye that causes blurred vision and visual loss.

Soluble fibres, found in cherimoya, can both feed and ferment your gut bacteria, producing short-chain fatty acids (SCFAs). Butyrate, acetate, and propionate are some of these acids.

Cherimoya includes flavonoids such as catechin, epicatechin, and epigallocatechin, which have been demonstrated in test-tube tests to inhibit cancer cell proliferation. Another test-tube study found that several catechins, including those found in cherimoya, inhibited breast cancer cell development by up to 100%.

Certain cherimoya components, such as kaurenoic acid, flavonoids, carotenoids, and vitamin C, have potent antioxidant properties. Cherimoya is high in antioxidants, which help your body combat free radicals. Oxidative stress is caused by high quantities of free radicals and is linked to a variety of chronic ailments, including cancer and heart disease. The carotenoid antioxidants in Cherimoya, such as lutein, may be particularly effective. Carotenoids-rich meals may improve eye health and lower your risk of heart disease, according to research.

Side Effects of Custard Apple | Cherimoya

Can affect your brain and nervous system

Custard apple has several health advantages, but it also includes trace amounts of harmful substances (annonacin), which impair our brain and nerve system. This toxin is primarily found in the skin and seeds of fruits, therefore remove these before eating. Certain portions of cherimoya contain toxins that, if taken in large quantities, might harm your neurological system and brain. Custard apple phytochemicals may cause brain lesions, which can harm brain tissue.

Side effects of custard apple seeds

Custard apple phytochemicals may cause brain lesions, which can harm brain tissue and eventually cause brain illnesses. Sitaphal also contains a lot of iron. Excess iron consumption can cause difficulties such as vomiting and nausea. Apple seeds do contain amygdalin, a chemical that, when swallowed, can release a trace quantity of cyanide into the circulation.

Side effects of custard apple leaves

Custard apple seed is harmful to the skin, especially the eyes. According to studies, applying Custard apple seed powder to the skin causes considerable discomfort and redness. It may also cause severe eye damage, leading to blindness. May effect our Nervous System and brain. It also raises the chance of Parkinson’s disease. Remove the peel and seeds of the custard apple before eating to avoid these consequences. Excessive iron may cause an intestinal ulcer, thalassemia, or colitis. May also cause Potassium consumption, stomach problems, weight gain

A custard apple is ripe if it gives slightly when gently pressed. Custard apples can be bought ready to eat, or still hard to the touch. To speed ripening, put the fruit into a brown paper bag with a banana and leave it on the kitchen bench. Ripe Custard apple or per your requirement, Have them preferably (without the seeds) in the breakfast or in the afternoon. Eating Custard Apple 30 minutes before your dinner, lunch, etc. helps you to boost your digestion as Custard apples are classified as a cooling fruit so hence should not be eaten late night. Should be eaten in moderation if you are already taking medicines.

Is custard apple good for diabetes

Custard apple has a low glycemic index of 54 which makes it a good choice for diabetes. Custard apple is good for digestion and boosts immunity for a diabetic. Sitaphal or custard apple on the contrary is considered good for people with diabetes being a low GI (Glycemic index) food and doesn’t raise sugar levels. Moreover Custard apple is loaded with antioxidants, fibre, vitamin C, potassium, magnesium and more

Custard apple fruits assist to preserve skin tone and renew its look. Custard apple is high in amino acids, which may aid in the development of collagen (protein that helps to brighten our skin and provide suppleness. Custard apple is high in vitamin C and helps to prevent skin diseases.
Because of the vital elements, this fruit functions as a skin rejuvenator and due to collagen, makes our skin appears elastic, plump, smooth, and youthful. It is the fruit which has anti-inflammatory characteristics that help cleanse the pores and reduce the occurrence of acne, as well as prevent outbreaks.

Remember to eat only fresh vegetables and seasonal fruits that we get directly from mother earth.

However, in order to avoid the fruit’s negative effects, it is always best to consume it in moderation. Nothing in excessive amounts is healthy for our health.

Here we have discussed the 10 Benefits and Side Effects of Custard Apple | Cherimoya , diet, properties, advantages and disadvantages. One should follow and eat Cherimoya even in their busy schedule to stay fit and healthy. Remember to eat more vegetables and homemade foods and eat fewer junk foods.

You may also go through weight gain safely for more details to gain weight healthily.

Be pure Be yourself and work on Doshas.

Show the people best version of yourself by doing what people say you cannot do.